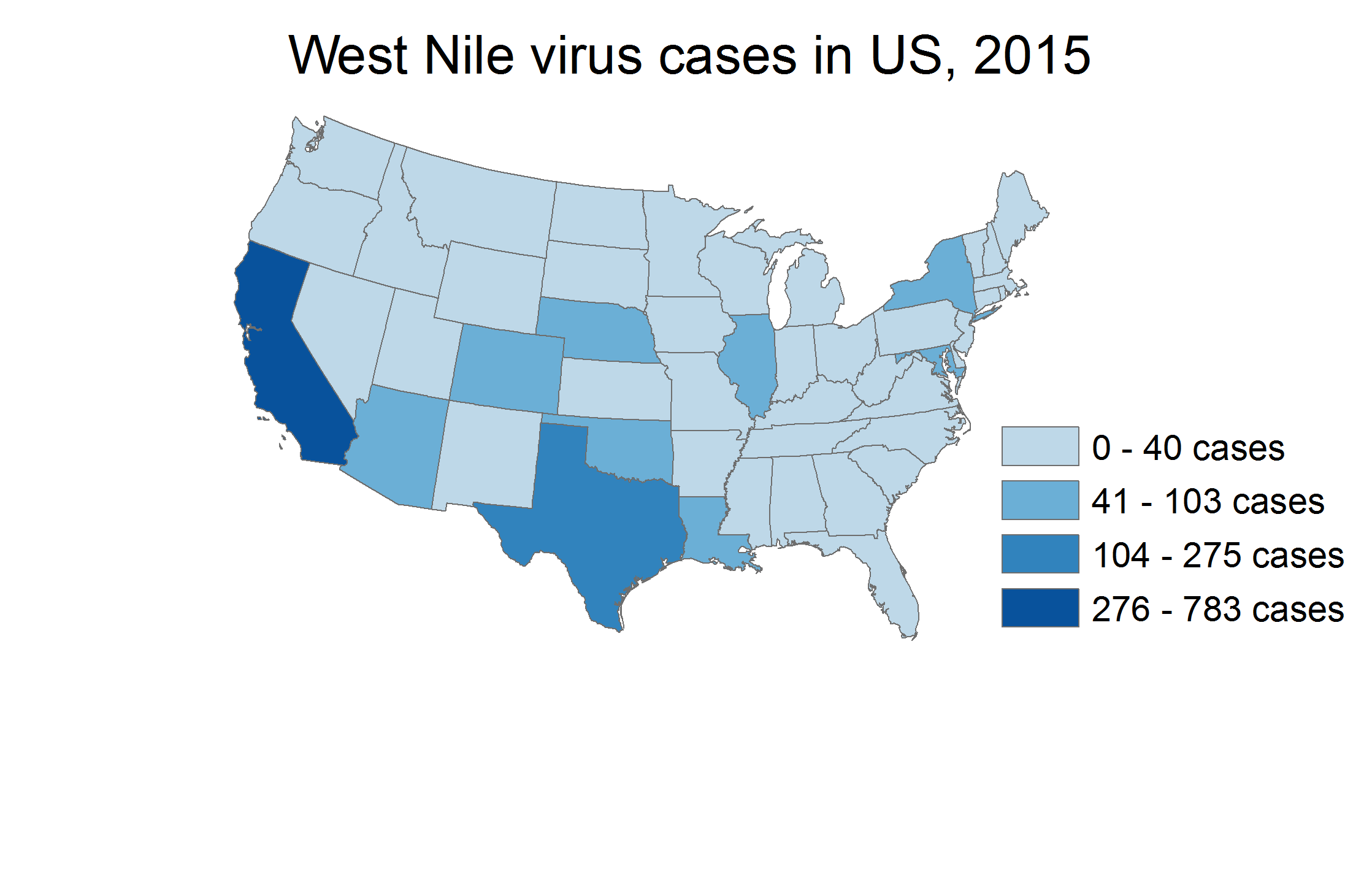 West Nile virus (WNV) is transmitted to people and horses through the bite of an infected mosquito. Culex tarsalis, a common mosquito in agricultural regions of western and central Minnesota, transmits WNV to humans.

Most people infected with WNV show either no symptoms or flu-like symptoms, but some (typically elderly) experience more severe illness or death.

Human WNV cases were found in MN in 2002. WNV is widespread with WNV cases occurring in 48 states. In 2015, there were 2,175 human cases of WNV nation-wide, with 9 confirmed WNV cases in Minnesota.

The highest risk areas for WNV in Minnesota include the western and central portions of the state. Open areas, such as farm land and prairie, provide the best habitat for the primary mosquito vector of the virus, Culex tarsalis. These mosquitos are different from container-breeding mosquito species that breed in objects like tires. Instead these mosquitos typically breed in semi-permanent wetlands and stagnant drainage ditches.

What is being done about West Nile virus?